Vodka, scotch, rum, whisky, bourbon, tequila, gin… whether you’re having a quiet night at home or are looking to celebrate, we have something for everyone. From recognizable brands to ones you may be trying for the first time, our goal is to bring you variety without overwhelm. 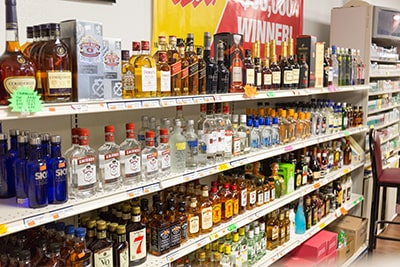 Vodka’s manufacturing, and the requirement that it be without distinct taste, makes it a popular choice for mixed drinks. It easily picks up flavorings, so if you enjoy making your own creations, this may be a good place to start.

Although vodka is sometimes seen as a drink for young party-goers, newer premium blends offer a drink that anyone can enjoy.

It’s hard not to picture yourself on a beach in the Caribbean when you’re dealing with rum. Rum is made from fermenting sugarcane, so it’s no wonder that it has a tropical vibe to it.

Rum is usually categorized by color. Light rums are used in cocktails and darker rum is usually taken straight. Try our spiced and flavored rums when you want something fruity or savory.

Mojitos, daiquiris, and piña coladas are all classic drinks that come to life with rum, but you can also use it in warm drinks like rum toddies and hot buttered rum. Its distinct taste has also made rum raisin a favorite ice cream and baked goods flavoring. It’s also used to flambé bananas foster.

There’s more than just scotch and bourbon to whiskey!

Whiskey is a broad category of liquor. It is made from fermented grain mash and is popular all over the world. It’s typically aged in wooden casks, and there is a lot of variety between whiskies since both the grain used and the location it’s made impact taste. We offer a variety of malt, barley, corn, rye, and wheat whiskies.

Whiskey is known for its strong, distinct flavors, so a little can go a long way. It also pairs surprisingly well with sushi, and other unexpected foods.

Scotch is a whisky specifically brewed in Scotland. It must be aged for at least 3 years and is made from a variety of malts and grains.

Grain whiskies tend to be lighter and have higher alcohol content than malt whiskies. Try wheat whisky for a soft, honey-like flavor, corn for sweetness, and rye for a bit of spice in your drink.

Bourbon is another type of whiskey, but it’s made from corn and must be made in the USA. It also must be made in new charred-oak containers, which help to give it its signature smoky taste.

Use it to make Manhattan cocktails, whiskey sours, or mint juleps. It also pairs extremely well with desserts, and is a flavoring for many foods like chocolate cake, grilled peaches, honey ham, and shortcake.

Serve it with some salt and lime, make some margaritas for a traditional drink, or try a darker tequila with cinnamon and orange for a fun twist. 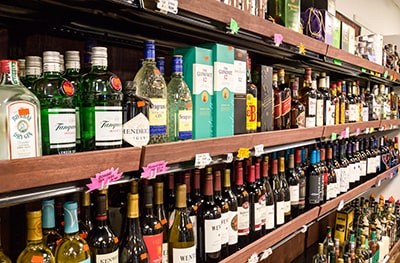 Gin is made primarily from juniper berries, but can have many other botanicals (plant based flavorings) added. It comes in a huge variety of types and flavors, so it’s perfect for experimenting.

With gin, dry means “without sweetness.” Dry, light gin makes a great choice for cocktails. Gin was the most popular mixer before vodka took that title, and it is still used in a huge range of cocktails today.

Gin got its start as an attempt to cure the plague in the 1300s. It didn’t work as a medicine, but people liked it so much that the Dutch further refined it into a liquor. British soldiers loved it and later brought the drink home where production exploded.

Brandy is a distilled wine and is a great pick for when you want something a little harder than wine but aren’t looking for something as hard as vodka or tequila.

This caramel-colored drink makes a great after-dinner digestif. It’s also perfect for making cocktails or as a deglazer when making sauces. Try it when making a steak sauce or to really add a kick to an onion soup.

Stop by the store to grab your drink of choice today!